On 8th June 1949 the Parish of East Coast Bays was established, centred in Browns Bay. Father John Pierce was appointed Parish Priest. After the opening of the Harbour Bridge in 1959 the pattern of development on the North Shore made it clear that the Parish was going to expand rapidly and there was a growing need for a school. Five and a half acres of land was purchased at the top of Mairangi Bay.

The convent and School were built on the site. Archbishop Liston invited the Sisters of St Joseph of Nazareth to establish their first house in the Auckland Diocese and to staff the school. It was opened and blessed by him on 1 February 1961 with a roll of 124 children in two classroom blocks, consisting of 5 classrooms and an Administration area.

The foundation Head Teacher was Sister Mary Rose and Sisters Christine, Laboure and Kieran made up the staff.  Registration was granted on 6 February following a visit from the Senior Inspector, Mr Joseph Box.  Roll numbers increased and all five classrooms were in use by 1963.

During the early years St. John’s was a full primary, taking boys and girls to Form 2. St. John’s became a contributing school in 1977 with boys going to Rosmini College and girls to Carmel College at Intermediate level.

Over the years there have been some major developments to the buildings and the grounds. A parish hall was built with two classrooms underneath. These were opened in 1966.

Through the efforts of the PTFA, a learner’s pool was added to the school plant and opened in 1973 at a cost of $8,700. At the beginning of 1973 also, a small school library was built, converted from an open bay between classrooms.

In the mid 1970′s the Catholic Bishops of New Zealand reached an agreement with the Government to join the State School system. St. John’s School had a role of 225 pupils from New Entrants to Year 6 by 15 September 1982 when the school became officially integrated.

To bring the buildings up to the required State standard the proprietor (ie the Bishop) had to undertake major works. The capital works were financed by a 90% loan from the State at 7-7.5% interest, and the balance came from the Diocesan Development Fund. School fees would pay for debt servicing.

One new classroom was built between two rooms and another on the site of the earlier library. Another classroom was converted into an enlarged Administration Block, Principal’s Office, Staffroom, Library and Resource Room. In addition the two classrooms underneath the hall had to be upgraded and the court resurfaced and sealed.

The last of the Integration work was completed in 1996 with the building of a new toilet block and staffroom. 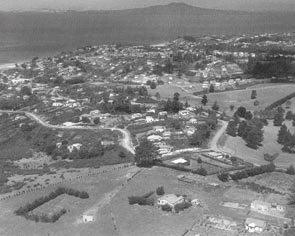 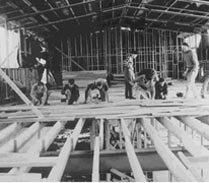 In 1997 the Board of Trustees undertook a Four Stage Plan of Development. Stage 1, the building of a new three classroom block was opened in 1998. This was followed in 1999 with the opening of a new Library, Computer Suite and Resource rooms. The third stage focused on upgrading the school’s Administration area and was completed at the end of 2000.

These three projects were finished by the school itself through loan monies, PTFA fundraising, working bees and the generosity of many contractors and service people. Their completion speaks for the community’s desire to provide the best possible learning environment for the children and its commitment to making this desire a reality.

They have made possible the completion of Stage 4 in 2004 which has seen two new classrooms being built and a carpark at the south west end of the school with its entrance off East Coast Road. This final stage has been financed by the Diocese.

With the Four Stage Development Plan was a commitment to develop the school’s computer infrastructure and to this effect school-wide cabling was completed in 2000. All areas of the school are connected to a central server with children having access in the Computer Suite and classrooms.

In 2008 every class was equipped with an Interactive Whiteboard. In the same year the Board approved the building of our thirteenth classroom and covered shelters that would be erected in front of all the classroom blocks. The former project was funded by the Catholic Schools Office and the shelters by the PTFA. A fourth block is to be built in 2010 consisting of four small rooms for small group specialist work.

The school roll reached its maximum of 287 in 1996 and has had to be closed each year since. The developments of the Four Stage Plan have enabled the maximum roll to increase in 2004 to 312 and after approval by the Education Minister a further increase has taken the roll to 337.

Visitors often remark on the happy Christian atmosphere at St. John’s. This is a reflection of the faith and commitment of the school staff, Board of Trustees and PTFA members and the school community. The history of the school is one of continued growth, of self reliance and determination to ensure St. John’s is a community that excels. 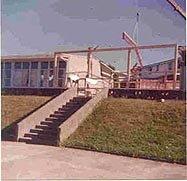 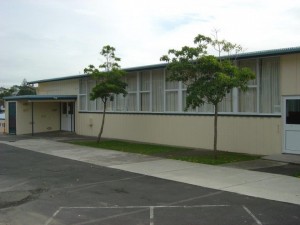 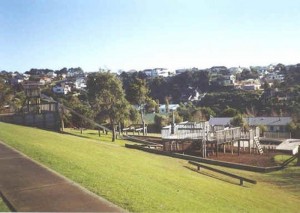